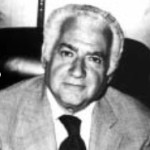 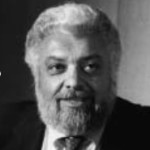 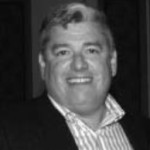 The Taishoff Family Foundation has supported Syracuse University’s goal of creating a national standard for inclusive education since 2009, when their 1.1 million grant enabled the founding of The Lawrence B. Taishoff Center for Inclusive Higher Education in the School of Education.

The Center is named after the late Lawrence B. Taishoff who, during his childhood, witnessed a cousin being sent to an institution once it was discovered that the child had Down syndrome. Never forgetting that image, Lawrence made it a lifetime priority to aid in research and educating society about Down syndrome.

Lawrence was the son of Broadcasting magazine founder Sol Taishoff, and he followed his footsteps into journalism. The Taishoff family has a long-standing philanthropic history supporting journalism and health research.

The family legacy has been passed on to a third generation, with Lawrence’s son, U.S. Navy Captain Robert Taishoff (ret), a Syracuse University Trustee, now the chairman of the Taishoff Family Foundation. Robert graduated from Syracuse University in 1986 and went on to earn his law degree in 1989 from Widener University School of Law. He has three children including a daughter, Jacqueline “Jackie” Taishoff, who has Down syndrome.

Robert’s intention is for the Lawrence B. Taishoff Center to help develop national standards for inclusive higher education. “It was not long ago that individuals with intellectual disabilities were routinely institutionalized,” he has said. “Once we created opportunities for them, society quickly learned that it was institutionalizing poets, artists, musicians, and otherwise productive members of society. To me, this initiative will be the next step towards unlocking the still hidden potential of this group of people.”

Currently the Taishoff Family Foundation has granted The Center close to $5 million to pioneer this important work and we are extremely grateful for the continued support. With it we have been able to make significant strides, and we look forward to continuing to advance inclusive higher educational opportunities for all students with intellectual and developmental disabilities.